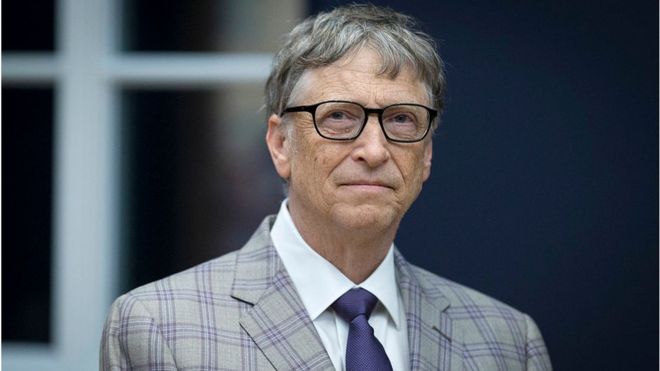 Information technology dominates the social, political and economic environment across every strata of society. Technology has infiltrated our lives to the point where it is inconceivable that we could ever do without them. One of the main driving forces behind the electronic takeover can be traced largely to the efforts of one man – Bill Gates.

This American entrepreneur, businessman, philanthropist and author co-founded the Microsoft empire, and in doing so became the richest and most influential man in the world.

Gates was born in 1955. His family was relatively wealthy and he attended a private school, where he became interested in computers, and in particular, coding. He went on to Harvard University to study mathematics and computer science but failed to complete the course. His entrepreneurial antennae must have been buzzing, however, because it was then, in 1978, that he decided to found his own company.

He began by building operating systems and when IBM came calling, was in the perfect position to offer Microsoft’s services. Home PCs were just starting to come onto the market and Microsoft was ready to capitalise on it. Gates reached an agreement where he could sell his operating system MS-DOS to IBM, but also licence it to other PC manufacturers. Unsurprisingly, MS-DOS became the market’s operating standard and Microsoft was now worth millions.

Gates has since stepped down as CEO of Microsoft, preferring to spend his time and his considerable wealth (estimated at over 85b dollars) on work for his charitable foundation.

The chances of us becoming as financially successful as Bill Gates are probably slim to none (although never say never!) but there are still a few things we can take from his story to increase our chances.

“Gates dropped out of college to start his own company”

When Gates dropped out of college to start his own company, it was definitely a risky step. But his risk was a calculated one. He had a dream, a concrete plan and the determination to succeed. (Not necessarily three things you will learn in an educational institution!)

When Gates came up with the genius idea to sell his operating system to IBM and retain the rights to license it to other dealers, he was reading the market. He could see that home computer use was expanding and that IBM wasn’t going to be the only PC manufacturer in town. He looked ahead to the future and decided to write it his way. We should always take note of what is happening around us and try to use our environment to our advantage.

It’s not enough for us to succeed alone. True success lies in uplifting others and helping those less fortunate than ourselves. Gates is a magnificent example of someone who does this via his Bill & Melinda Gates Foundation

“We all have within us the power to reach our goals”

We all have within us the power to reach our goals. What is your goal? And what will you do today to achieve it?