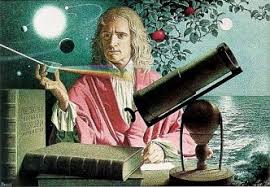 Issac Newton one of the greatest, philosophers and mathematicians of all time

He was one of the biggest names of the 18th century’s scientific revolution in the 1700s, and unarguably one of the greatest scientists of all time. But Sir Isaac Newton had a less than stellar start in life. The only son of a prosperous farmer who died before he was born, he was such a sickly baby he wasn’t expected to survive much past birth. However, he did, and later survived the great plague and lived until the grand old age of 84.

When he was three, his mother left him with his grandmother, and went off and married a minister in a nearby village. Newton was separated from her for nine years, and she only returned when her husband died.

“Newton often suffered from severe anxiety and insecurity about his work”

Later in life, Newton often suffered from severe anxiety and insecurity about his work, and this has been attributed to the trauma of being denied his mother’s care and attention when he was young.

His mother soon decided that Newton should take care of the family farm, and took him out of school. However, Newton showed no aptitude for farming and thoroughly disliked it. So back to school he went, where he soon became the top ranked student. His uncle, a graduate of the University of Cambridge’s Trinity College, persuaded Newton’s mother to have him enter the university.

While at Trinity College, he developed a theory of mathematical study that became the foundation of Calculus as we know it today. He went on to hold a number of distinguished roles and titles in academic and professional circles, including being a Member of Parliament, becoming the President of the Royal Society, and eventually a Knight of the Realm.

Isaac Newton made many discoveries during his lifetime, including devising the laws of motion and gravity. These studies still affect how scientists see the world more than three centuries later.  He designed the first reflecting telescope, and made major inroads into the study of optics (he stuck a needle in his eye as part of his experimentation – ouch!)

So how did a man who was such a failure at farming become one of the most renowned thinkers, philosophers and mathematicians of all time?

Quite apart from his genius, it was because Newton was allowed to study his passion. Farming wasn’t his calling, but mathematics and science were. He was surrounded by those who encouraged him, and by likeminded people who appreciated his work.

If he had been forced to stay as a farmer, it’s likely none of his fantastic discoveries would have happened (or perhaps, somebody else would have discovered them instead), because the scientific opportunities and environments wouldn’t have been there for him to flourish.

If you have a dream and a desire to succeed in a chosen field, you must immerse yourself in it, work hard (and smart) at it and surround yourself with mentors and others who are also heading in the same direction. Bouncing ideas off your peers, learning what you can from them – as well as learning from their mistakes – will give you the confidence and ability to reach new heights.

Nobody can succeed in a vacuum. Your opportunity to grow will be much greater if you give yourself the environment in which to do so.