IN THE NEWS: CRASH SURVIVOR WILL NEVER GIVE UP 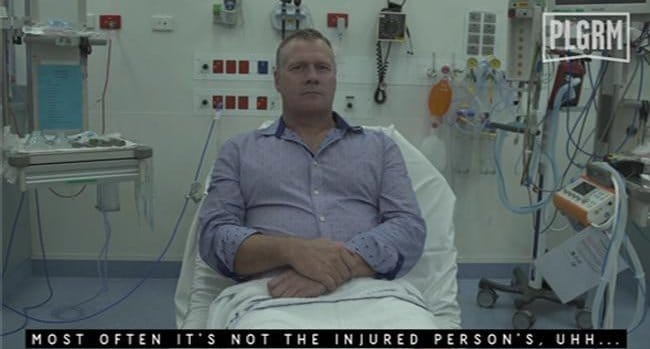 CRASH SURVIVOR WILL NEVER GIVE UP

Doug Wright is well positioned to talk about the effects and dangers of opiates. In 2012, the former mining engineer survived a head-on vehicle collision in Northern Queensland that left him fighting for life and with multiple fractures.

His recuperation was a long and painful process, with four and a half months of hospitalisation and as many as 45 to 50 hours spent on the operating table as surgeons gradually rebuilt his body.

“I overcame much of the pain by using breathing techniques and meditation during the course of my healing and continue to do so.”
While he acknowledges that the opiates he was given did help him cope with the acute pain in the immediate aftermath of the accident, he was concerned about the potential effects of long-term use that might be involved in the recovery process.

“I have been addicted to tobacco in the past, and knew if I didn’t get off the opiates that I could become addicted to these as well,” says Wright. “So I looked into getting off pharmaceuticals and replacing them with a natural alternative.”

“I overcame much of the pain by using breathing techniques and meditation during the course of my healing and continue to do so.”

Doug Wright is a great believer in the power of the human spirit, and today is a motivational speaker through his own organisation, Will Never Give Up, helping others to overcome adversity.

His presentation “The crash survivor – a transformational journey” at the recent Safety in Action event in Melbourne was “standing room only”, and has been universally praised.

“I had to take matters into my own hands,”
We spoke to him at the show on the subject of prescription medications, and his responses were candid.

“The system is wrong,” he said. “The easy answer is for doctors to continue to prescribe the medications. There’s no incentive for them to take the holistic approach and, say, send someone for cognitive behavioural therapy.”

“I had to take matters into my own hands,” he added.

Doug Wright now describes his accident as “a blessing”, because he learned that when you accept adversity in a positive way, it becomes a source of inspiration.

“I made a decision that I wanted to help as many people as I could to also learn how to deal with hardship,” he added. “And this is why I developed my Will Never Give Up motivational seminars.”

Will Never Give Up