To give up… or not to give up. 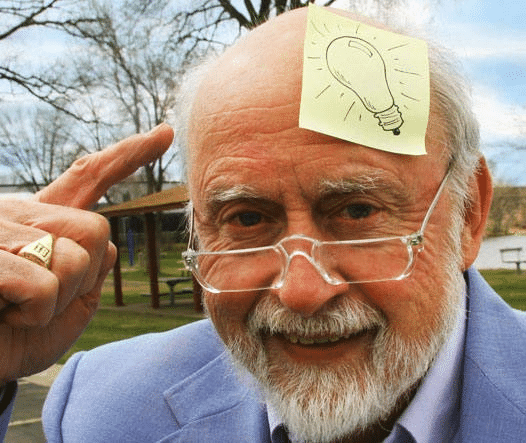 The greatest achievements of mankind fall into three camps. The first comes from stupendous, serendipitous luck – like the day Alexander Fleming noticed that the mould in one of his petri dishes had killed off other bacteria. If he’d washed that dish and gone about his business, millions of lives would never have been saved, thanks to the wonders of penicillin. Lucky for him – lucky for us.

“If he’d washed that dish and gone about his business, millions of lives would never have been saved”

The second type of achievement stems from failure. Dr Spencer Silver was trying to invent a super strong adhesive. Among his batch of failed attempts was a glue that was the complete opposite –low tack, easy to remove, easy to replace. Thus the humble ‘Post-It’ note was born.

And of course, there are those achievements that come from pure, hard slog. You don’t become an Olympic athlete overnight. It takes years of dedicated training, aptitude and attitude. And what about the Pyramids? They were hardly knocked up in a couple of weeks.

Achievements based on hard work have been impressed upon each and every one of us. Study hard and you’ll get good grades. Do the work and you’ll come away with the win. If you’re not wealthy and successful it’s because you didn’t try hard enough. We’ve all heard the motivational quotes. Facebook is littered with them.

But is this really true?

How do you know when hard wo

rk just isn’t enough? When you’ve tried and failed, and tried and failed and tried again and still failed – is it time to throw in the towel? Or is it worth giving it one more shot? How do you know when it’s time to give up on your dream?

The simple answer is – you don’t. And you won’t know until in the fullness of time when you look back at the moment that you said, “Enough is enough”. Will you feel a profound sense of relief? Or an aching regret?

You might find that your goal is simply unachievable. That no matter how hard you push yourself, realistically and practically it’s just not going to happen. In that case, you have a choice – to give up altogether, or to move your goalposts a little closer. If that pyramid is unreachable, try for a small townhouse instead. You’ll still have the momentum and the sweet smell of success will be that much easier to achieve.

The question you need to answer is this: How badly do you want it? Someone with a burning desire to succeed will work harder, longer, faster, stronger and most importantly smarter in their actions than someone who is only slightly interested. If you really want to achieve a goal you’ve set for yourself, you won’t care how many times you fail. You won’t heed the naysayers, you won’t pay any attention to distractions and you will sacrifice whatever it takes to get to the end goal.

For you, the journey to success is a series of highs and lows, of losses and wins. Failure is just another lesson to be learned; mistakes are part of the challenge of finding a solution. You would never expect the road to be easy, but at least the view will be ever-changing and always interesting.

So the next time you’re faced with a choice of whether to give up or carry on, don’t make a list of pros and cons. Don’t ask friends or family what they would do in your position. Don’t Google it.

Just ask yourself: How much do I want it….. and does it fit with my purpose?