Your Success and Perseverance 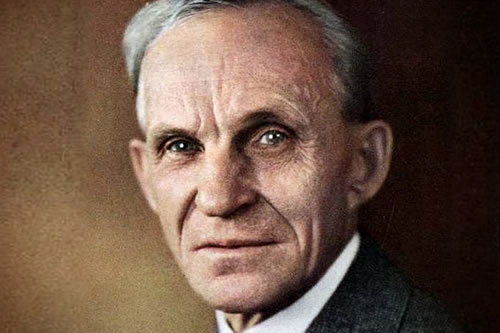 Perseverance is the art of holding on when everything else tells you to let go. What keeps a person striving for success when they keep coming up against brick walks, setbacks and downright failure?

Developing perseverance requires in the main just one thing. A dogged belief in one’s goal and purpose. If you truly believe with all your heart that you are meant to achieve something, then you will. You won’t mind the long hours spent striving. You will ignore the naysayers and listen only to the voice in your heart that says, “You can”.  You will use whatever means is necessary to achieve the impossible. You will use every failure as a lesson, even the brick wall as a chance to jump higher.

“Perseverance is inside every one of us. It just requires belief.”

Henry Ford is a classic example of persistence winning through. The first automotive company he set up failed. In the second, he was forced out by the shareholders. Even the third company was at the brink of bankruptcy when Ford found a group of investors to bail him out, creating the billion dollar company we know today as the Ford Motor Company. Their assembly line method of building cars went on to revolutionise the industry.

JK Rowling, the creator of the wildly successful ‘Harry Potter’ books, was divorced, jobless, a single mum, living on welfare and suffering from depression when she tried to sell her first Harry Potter novel. She was turned down by the twelve leading publishers in the UK before finally selling it off to a small publisher called Bloomsbury who only offered her a £1500 advance and printed a thousand copies – five hundred of which ended up in libraries.

‘Harry Potter and The Philosophers Stone’ went on to win the Nestle Smarties Book Prize and the British Book Award for Children’s Book of the Year. To date the book has sold over 107 million copies and the series around 450 million, making JK Rowling the most successful living female author in the United Kingdom.

Milton Hershey was another success born from failure. He dropped out of school in the fourth grade and after trying many different trades, became an apprentice candy-maker. He started three candy companies, first in Philadelphia, then Denver and then New York City. All failed. Eventually he started the Lancaster Caramel Company, sold it for a huge sum and went on to build the Hershey Chocolate Company, creator of the American icon, the Hershey Bar.

These three people didn’t just overcome mild setbacks. They overcame terrific odds, including bankruptcy and debt, with nothing more than an unswerving belief in their goal, and an unflinching eye to success.

Each knew in their hearts that they had a mission to fulfil. Henry Ford felt that every American deserved to own an affordable car. JK Rowling felt that she had nothing left and that she owed it to herself to finish her work. Milton Hershey wanted everyone to enjoy his chocolate as much as he did.

The journey may have been arduous but the mission each of them had was clear.

Perseverance was the only way to get there.

What is your mission? What do you want to achieve?

Giving up is the true failure. Persistence is the key.