Where is the leadership? 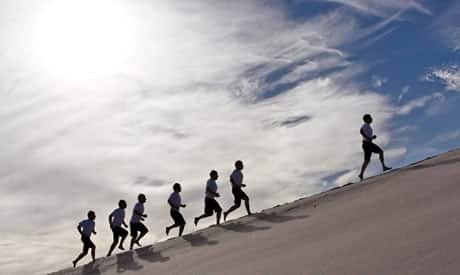 After the horror of London’s deadly Grenfell Tower, it comes as a shock to learn that Australian buildings are clad in millions of square metres of flammable cladding that breach the Australian building code. Even worse, authorities have been aware of this since at least 2010. Leadership? NOT!

There are up to 2700 buildings in Sydney that use this type of cladding for energy ­efficiency and the sake of appearance. The Victorian Building Authority has identified 86 buildings in Melbourne with suspected non-compliant cladding, and yet, these have been judged safe by the City of Melbourne building surveyor. Why? For the majority of these non-compliant buildings, no reason has been made public as to why they are considered to be safe.

Fire Safety experts are worried. Metropolitan Fire Brigade Commander Mark Carter says that combustible cladding already identified in Melbourne is “outright dangerous and doesn’t lead to a good fire safety scenario.” So who is responsible for this debacle?

“So who is responsible for this debacle?”

Australians are apprehensive. In local cases where panels have had to be changed on apartment blocks, unit owners have had to bear most of the consequent expenses of remediation work even though they had nothing to do with the building or development process. Not only are they liable for huge costs, but they also are likely to see their property values fall.

It’s likely that the same, or a very similar cladding used on Australian buildings was also used during Grenfell Tower’s last renovation. Yet Victorian Planning Minister Richard Wynne has assured the public a similar fire would not happen in Victoria. “This would not be possible in Melbourne, or Australia, because we have the strongest building codes of any first-world country.”

A spokesman for the Melbourne Fire Brigade says that there has been a lack of action from regulators since the 2014 fire in the Docklands Lacrosse building, and has warned that because of the dangers of such a fire, their fire-fighters may be ordered not to order burning apartments. Why has there been no action?

“Why has there been no action?”

In London’s Camden, the London Fire Brigade has already found a number of faults, including concerns about cladding, faulty fire doors and holes in compartment walls that could help a fire to spread. Up to 4000 residents of the Chalcots Estate were told to leave their apartments on Friday after the Fire Brigade ruled that their buildings were not safe. Since the Grenfell Tower fire, the same cladding, insulation and tiles have failed all safety checks and prompted a nationwide review of the materials used on everything from hospitals to hotels and apartment blocks. Who will bear the responsibility for having allowed these sub-standard products to be used? Will a similar nationwide review happen here?

Where is the leadership in this serious matter? How can leaders treat public safety as an after effect? Surely real leadership is about dealing with an issue way before it becomes a tragedy.

“Surely real leadership is about dealing with an issue way before it becomes a tragedy.”

In Australia, there is now a huge issue for the market, even if building companies have used the material in the correct and compliant way. Property prices are likely to drop, and with the current over-supply of apartments, particularly in Melbourne and Brisbane, developers are going to be in trouble.

Independent senator Nick Xenophon has also called for a national audit of all high-rise buildings for flammable cladding. It must be started soon if Australians are to retain any confidence in high-rise apartment and commercial buildings.

Without any immediate action, the scenario is a disaster waiting to happen.