Michael Jordan: To succeed, you must learn from failure 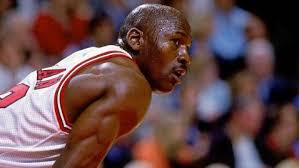 To succeed, you must learn from failure.

“I’ve missed more than 9000 shots in my career. I’ve lost almost 300 games. 26 times, I’ve been trusted to take the game winning shot and missed. I’ve failed over and over and over again in my life. And that is why I succeed.” – Michael Jordan.

This famous quote was made by one of the greatest basketball players of all time. Michael Jordan’s career spanned fifteen seasons in the NBA, playing for the Chicago Bulls and the Washington Wizards during the 1980’s and 90’s. An exceptional athlete, he quickly became a crowd favourite, earning the nickname Air Jordan, which was later to become the name of a bestselling line of Nike shoes. In 2015, Michael Jordan became the first billionaire NBA player and the second richest African American in the world.

Reading the above quote, you would never think Michael Jordan could succeed at all. How can someone who has admittedly failed so many times, become an incredibly successful athlete, businessman and hero to so many? Someone who initially wasn’t even accepted into his Varsity team because he was deemed “too short”

For many people the sting of that first failure is enough to put them off for life. “It wasn’t meant to be,” we tell ourselves or “I gave it a go, that’s enough,” and then we go and look for something else to try, hoping that we will be good at it, and therefore be able to continue.

“Failure was a learning lesson.”

For many of us, success is our only motivator. For Michael Jordan, the motivator was failure. Failure was a learning lesson,  a chance to do better next time. For him, failure was a stepping stone on the ladder to achievement.

What can we learn from Michael Jordan’s success?

Michael Jordan is an inspiring figure. He is the very epitome of what it means to “never give up”.

What does it mean to you?