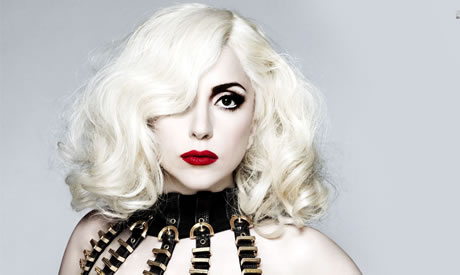 Lady Gaga – the master of change

You might know her as the first woman to wear a dress made of meat to an awards show. But to her legion of fans worldwide, she is the highly talented superstar musician, Lady Gaga.

“She didn’t really fit in.”

Born as Stefanie Germanotta in Manhattan in 1986, she attended Catholic schools where she says she didn’t really fit in – she was too eccentric, too original. She began playing the piano at the age of four and was performing in public by the age of 14. During her school years, she loved acting and took drama classes, and when she graduated from high school, went on to a musical theatre training school.

She dropped out to focus on her singing career, a move that took her from writing songs for other artists, to touring New York clubs with a newly formed band, to recording her own songs and sending them off to record labels. She was finally signed to Def Jam, a label which dropped her three months later.

“This marked a turning point in her life.”

This marked a turning point in her life. There came a time of experimentation with different styles of music, and different ways of performing it. From neo-burlesque to electronic dance music to go-go dancing and live-art performances, Lady Gaga tried it all. She was snapped up by another record label and was soon writing songs for some of the biggest superstars of the time; Britney Spears, The Pussycat Dolls and Fergie.

From there, she wrote her debut album, The Fame, which went to Number One in multiple international markets and changed the face of pop music forever. She was just 22 years old.

Besides her brand of danceable pop, Lady Gaga’s appeal also lay in her image.  Every public appearance was a show stopper, every album, music video and tour came with a new incarnation. The meat dress was just another chance to rock the establishment and grab headlines but as the years passed, shockingly, she toned down the shock value. Her fourth album was a collection of jazz standards that won her a Grammy award.

“Working toward that moment since she was four years old”

When Lady Gaga first exploded onto the scene with the album that made her an international star, you could be forgiven for thinking that she was the new kid on the block. The truth was that Gaga had been working toward that moment since she was four years old. She studied music, worked in the clubs, performed on stage, wrote hit songs, and worked with bands and record labels. She knew the music industry inside out and she could predict the next big thing in music – herself.

“It forced her to experiment with different genres of music.”

Being dropped by her first label was devastating for her, but it forced her to experiment with different genres of music and learn from each new experience. If she had been kept on by Def Jam, a renowned hiphop label, it is almost certain that she would not have created the visionary body of work that has made her a superstar.

Sometimes an opportunity is wearing the disguise of failure. The trick is not to be defeated by it, but to rise above it. Who knows how high you will go?