The Calculated Gamblers of Business 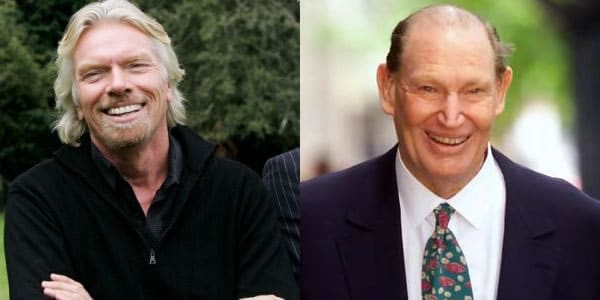 Packer (father of James)– two names associated with money, power, and fame. They also shared another trait; they were both unremarkable students when it came to academia, possibly due to dyslexia. Did this initial setback at the very beginning of their lives set the course for phenomenal success as business moguls? Perhaps. One thing is for sure, neither Packer nor Branson let anything hold them back.

Branson started his entrepreneurial career by advertising popular records in the Student Magazine he founded. He then sold them at a considerably lower price than the other record stores. Not long after that, he was able to open his first record store and launch the record label ‘Virgin Records’. From there he dived into many other types of business industries including airlines, railway, beverages, fuel, space tourism, media and entertainment, healthcare and more.

“He, like so many other successful business people, used his mistakes as learning lessons, as stepping stones to achieve a loftier goal.”

Some, like the airlines, were huge successes. Others, like Virgin Cola, were not. But Branson did not let the failures overwhelm him. He, like so many other successful business people, used his mistakes as learning lessons, as stepping stones to achieve a loftier goal.

Kerry Packer was fortunate enough to have a fantastic start to his career, being the heir to his family’s estate which was valued at $100 million, and ACP and the Nine Network. However, he still had to start work from the ground up, with his first job in the loading dock of Sydney’s ‘The Telegraph’ newspaper.

His empire incorporated business holdings in mining, tourism, engineering, media, property, and casinos. But he is most often remembered overseas as the man who founded World Series Cricket.

Packer was known as a gambler. He once reportedly lost 28 million dollars during a 3-week losing streak in London. But his wins were equally as impressive ($33million at the MGM casino in Las Vegas).

MGM Casino, Las Vegas where Packer was said to have won $33 million

Calculated gambling, like entrepreneurship, is the ability to fail spectacularly but still be imbued with the faith that the next win is just around the corner. Sir Richard Branson had many failed ventures but he still kept going, still kept trying new things, still did not lose faith in himself. Kerry Packer was the same. They may have had setbacks, but that did not stop them from making another leap into the unknown, to try things that hadn’t been done before.

Both men had people telling them that ‘it couldn’t be done’ and yet, they did it anyway. Both men overcame personal limitations, such as learning disabilities and used them as a springboard to success. Both men tested the limits of their minds and abilities by setting lofty goals and then working hard to achieve them. And both men walked away from failure without letting it define them, using their mistakes as a chance to do better next time.

They never gave up because they believed in themselves and their ability to change the world around them, to mould their environment to suit themselves. And if they can do it, albeit some help along the way, so can you.