Keep having a go – you’ll make it! 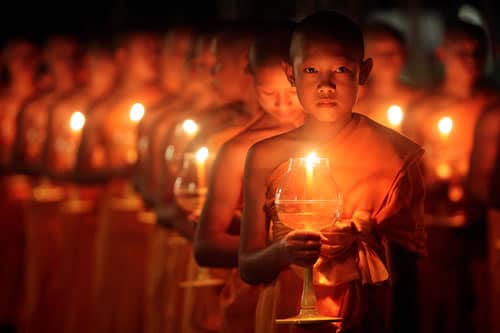 There’s an old Buddhist saying that goes something like this. Imagine a turtle swimming around in the ocean in the dark; one turtle in all the oceans in all the world. There is a ring floating on the water somewhere. The chance of you being born is about the same as if that turtle randomly popped its head out of the water and through the ring on its first attempt.

“Scientists have actually calculated your chance of existence to 1 in 400 trillion.”

Scientists have actually calculated your chance of existence to 1 in 400 trillion and they give this as an example:

Imagine two million people getting together to play a game with trillion-sided dice. Everybody rolls the dice and everybody comes up with the same number.

When times get tough, just think of that little turtle swimming around in the dark. And if that doesn’t inspire you to keep on going, here are a few more reasons:

Look at the poor old Wright Brothers, laughed at because they had a notion that man could fly like a bird. Who’s laughing now? The airlines, that’s who. All the way to the bank.

2: You already have what you need.

You haven’t written that book because you need better software. You can’t lose weight because you don’t have enough money for the gym. These are excuses. People wrote books using quills and parchment. People lose weight by walking more and eating less. You already have what you need to succeed – inside you.

Chances are the only regrets you have are not taking up the opportunities you were given. So jump in and do it.

You tried, you failed, and now you’re giving up. As Thomas Edison once said, ‘I have not failed. I’ve just found ten thousand ways that won’t work.’ Failure is just a stepping stone to success.

Facing your demons and overcoming an obstacle is an immense source of satisfaction. There’s nothing better than being able to say, “I did it!”

It might seem like an uphill battle now, but if you keep going you will eventually get to the top. The hardest trials usually come before the big breakthrough – hence the saying: ‘It’s always darkest before the dawn”. The dawn might break through at any moment. Give up and you’ll never see it.

Just like that little turtle, you have the strength and power to reach your goal. You can do it, never give up.

Set your standards as high as you can, then do all you can to reach them. Falling short this time gives you the chance to do better next time.

9: You can learn from perseverance.

10: You will inspire others.

Your path is not just yours alone. Somebody, somewhere, is watching you and being inspired by your struggle. It could be a colleague, your children, a friend. Maybe seeing your hard work and achievement is enough to give them the push to realise their dreams too.

So swim, little turtle, swim! Success is just a breath away.