Dr Ben Carson – A Man who Never Gave Up 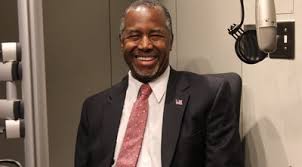 How hard is it to become, not just a doctor, but a neurosurgeon?

You’d need years of study and excellent grades at a top university.

You’d also need to have a burning desire and a dogged persistence of spirit.

You’d need money. You’d need support. And most of all, you would have never given up.

There are many obstacles to overcome right there. But what if you were born into poverty? If your father was absent and your mother had dropped out of school in Grade Three? What if you were of a minority race and didn’t have easy access to all the privileges that come from being white? How much strength of spirit would you need to never give up and to achieve your goal?

Ben Carson is one such man – a man who overcame the circumstances in which he was born to become one of America’s top neurosurgeons, a philanthropist, educator and Republican presidential candidate.

Ben traces his strength of character back to his mother, who although undereducated, pressed upon her sons the importance of academia and diligence. She held down multiple jobs as a domestic worker, and insisted her sons complete book reports for her even though she could barely read them herself. This made a huge impression on Ben, who could see that there was a way out of the poverty trap, through education and hard work.

Gradually, he rose to the top of his class. Science teachers, recognising his talents, mentored him and helped him keep his focus. Eventually he completed his university training and began work as an intern at John Hopkins University, becoming chief resident in neurosurgery five years later. You’d think that at this stage he might have rested on his laurels. But no.

After spending some time training in Australia, he returned to John Hopkins and at the age of just 33, he became Director of Paediatric Neurosurgery, the youngest US physician at the time to hold this title.

Ben Carson attracted the attention of the world when he successfully separated conjoined twins who were joined at the head. The operation took 22 hours and was believed by the medical community to be the first successful operation of its kind.

In his career Ben Carson has received many honorary doctorate degrees and awards including the Spingarn Medal, the highest award given by the NAACP (the National Association for the Advancement of Coloured People) and the Presidential Medal of Freedom. He is a renowned speaker and has written several bestselling books. Following his departure from medicine, Ben Carson entered into politics but failed to draw enough support to win the Republican presidential nomination. His life has also been the subject of a 2009 television movie, starring Cuba Gooding Jnr.

Will such an illustrious career path, it seems incredible that a poor black kid from the wrong side of town would even make it through high school, let alone be listed as one of the top 20 Physicians and Scientists by Time Magazine in 2001.

So how did he do it? With so many obstacles in his path, how did Ben Carson do it?

Quite simply, he didn’t give up. And perhaps Ben Carson said it best with this quote:

“You have the ability to choose which way you want to go. You have to believe great things are going to happen in your life. Do everything you can – prepare, pray and achieve – to make it happen.”