The rocky path to success 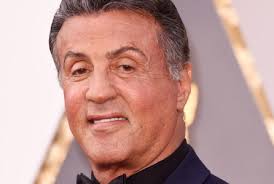 Sylvester Stallone is known worldwide as an incredibly successful actor, director, screen writer and producer. And yet, Stallone has had to overcome disability and disadvantage to get to where he is today.

“He is unable to use parts of his lips and tongue”

When Stallone was born, his doctors were forced to use two pairs of forceps to assist him through the birth canal. One of them slipped and severed a nerve, paralysing the lower left side of his face. As a consequence, he is unable to use parts of his lips and tongue. This gave him his trademark snarling expression and slightly slurred speech.

“He failed to shine at school”

His mother was a driving force in his life, enrolling him in dance school because of his flat feet, becoming his sole carer after his parents divorced, and getting him a summer job at her beauty parlour when he failed to shine at school.

His acting roles after that were small, but after seeing a boxing match between Muhummad Ali and Chuck Webner, he went home and, in four days, wrote the screenplay for the movie Rocky. Several studios were interested but wanted other actors for the lead role – the one that Stallone intended to play. He refused and took a substantial pay cut in order to be the star. The movie ended up being nominated for ten Academy Awards including Best Actor and Best Original Screenplay, both credited to Stallone.

A facial and speech impairment would have prevented many from fulfilling their dream of being a performer especially in Hollywood, but not Stallone. His signature look has been copied, lampooned and admired by millions. Being penniless and on the streets would have forced most people to just give up but not Stallone. He used his situation to springboard his career. He has starred in and directed movies that have tanked at the box office, only to come back with a string of hits.

Why has Sylvester Stallone succeeded where so many would fail? In his own words, he has said, “I am not the richest, smartest or most talented person in the world, but I succeed because I keep going and going and going”.

No matter what the obstacle, no matter how hard the hill he has to climb, he never gives up. He doesn’t dwell on his failures either – he carries on. He has said, “I believe any success in life is made by going into an area with a blind and furious optimism”.

By looking for the best in every situation, Stallone has found the best in himself. This is a lesson from which we can all learn.