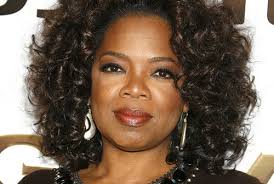 You’d have to have been living under a rock for the last thirty years to be unaware of Oprah Winfrey. She is ‘The Queen of All Media’, the first African American billionaire, the woman who came from humble beginnings and pulverised every glass ceiling and obstacle that came her way to emerge at the top – gracious, dignified and the most influential woman in the world.

“Oprah grew up in poverty, relating how she was teased for wearing dresses made from potato sacks”

Oprah was born in 1954 in Mississippi. Her mother was unmarried and very poor and Oprah grew up in poverty, relating how she was teased for wearing dresses made from potato sacks. When she was nine she was molested by her cousin, uncle and a family friend and at 13 ran away from home. She fell pregnant at 14 and her baby died. She returned home but felt the pressure of her poverty and ended up living with her grandmother, who was not only strict, but also prioritised education.

Oprah became an honours student, excelling in speech and oratory, which eventually won her a full scholarship to study communications at Tennessee State University. She won the Miss Black Tennessee Beauty Pageant and landed a part-time job at a local radio station. That little job led to the Oprah Winfrey Show, a daytime talk show that in its first few months became the highest rated show in Chicago. Nationwide airing came next… and then the world.

Her shows first started in the traditional tabloid format but soon skewed toward Oprah’s personal interests – spirituality, philanthropy and social issues. She has interviewed all the biggest celebrity names including Michael Jackson. His appearance became the most-watched interview in the history of television, with over 36.5 million viewers.

Oprah Winfrey – ‘The Queen of All Media’

The Oprah Winfrey Show’s last broadcast was in 2011, but Oprah didn’t stop working, achieving phenomenal success in film, publishing, online, writing and radio. To date she is the wealthiest self-made woman in American history.

“Her career success has been marred by personal problems”

Her career success has been marred by personal problems – her upbringing and abusive childhood, her tumultuous love life (before she met Stedman Graham, her partner since 1986), and her public struggles with her weight in a thin-obsessed society. But still, she carries on.

“Even when she was young and contemplating suicide, she found a way to continue”

Oprah Winfrey has never let obstacles get in the way of her dreams. Even when she was young and contemplating suicide, she found a way to continue, tapping deep into her core of determination and resilience to help her rise over her problems; the inner strength that has driven her to be who she is today.

Take a look at your own life. Is determination and resilience a part of your everyday thinking? You will never reach your goals unless you have the mindset that you will succeed. People who give up don’t know how close they are to success. It could have happened the very next day – but they’ll never find out.

“Oprah never let her past define her future. Instead, she learned from it.”

Oprah never let her past define her future. Instead, she learned from it. She used it to help her evolve, grow and succeed.

Oprah has achieved extraordinary success from a very humble start. Does this inspire you?

Passionate about helping people overcome their inner most fears, especially when recovering from trauma, Doug has survived to share his courageous story … his motto is “never give up”.
Away from his everyday activities, Doug invests his spare time playing his electric guitar, knocking out an eclectic mix of Eagles hits and fishing for coral trout in Airlee Beach, Northern Queensland.