From Broke to Multi-Millionaire: How Conor McGregor Never Gave Up 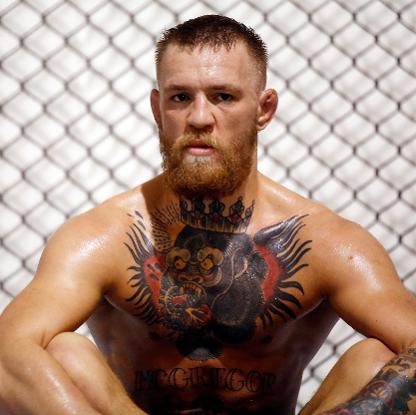 Just weeks before his first Ultimate Fighting Championship bout, Conor McGregor was still collecting social welfare in Ireland. He’d quit his job as a plumber to pursue Mixed Martial Arts and things could have gone very badly had this gamble not paid off. But it did pay off. Spectacularly.

Though McGregor is now the UFC lightweight champion and ranked #24 in Forbes’ 2017 list of the world’s highest-paid athletes, back in 2008 when he decided plumbing wasn’t for him, McGregor’s parents were worried.

“They were so happy that I had a proper job, and then I just packed it up.”

“They found it tough at first,” McGregor told VIP Magazine. “Plumbing was a good trade at the time; it was good money for a fully qualified plumber. They were so happy that I had a proper job, and then I just packed it up.”

However, their apprehension soon turned to wholehearted support.

“I look at them now, compared to the way they were, and I see a new lease of life in them. They see me doing something that I set out to do. Now, they’re the biggest fans of MMA and the UFC and they literally spend all day watching videos online, so it’s brilliant to have that. That fills me with joy.” 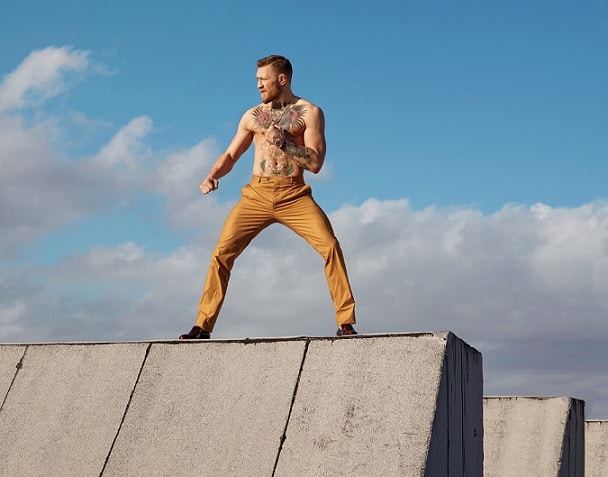 “Every day, since I started out in this game, she’s supported me. She’d drive me to the gym, and she’d listen to all my dreams. Dee is a lifesaver for me. I wouldn’t be doing this if it wasn’t for her, and that’s for sure. I’m doing all of this for her.”

“I’m doing this to secure my family’s future and Dee’s future. One day, I want myself and Dee to be able to chill on a beach and not have any worry in the world. That’s why I’m doing this.” 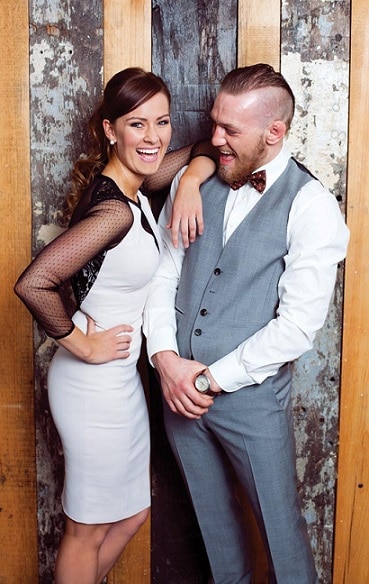 McGregor places a lot of credit on the support he has received, supplemented by a certain level of cockiness, of believing “I’m going to whoop everyone’s ass! I’m going right to the top and there’s no stopping me!” Although there’s a lot more to McGregor’s success than a simple combination of hard work and belief… Or is there?

When McGregor was a boy, his sister gave him a book a book about “the laws of attraction,” and McGregor told GQ Magazine how he would practice the method: “Visualise it. Speak it out loud. With confidence. Work for it. Watch it happen.”

“I’d always play with the traffic. I’d picture just clear roads. ‘There’s gonna be a clear road.’ I’d play with it as small as that.”

“Visualise it. Speak it out loud. With confidence. Work for it. Watch it happen.”

McGregor at 17 visualised a day when he would become “UFC world champion”. When he would have more money than he knew what to do with, and his family would “never have to work a day in their life again.” And then “I went and done it. Every bit of that.”

Not bad for a boy from working-class Crumlin. 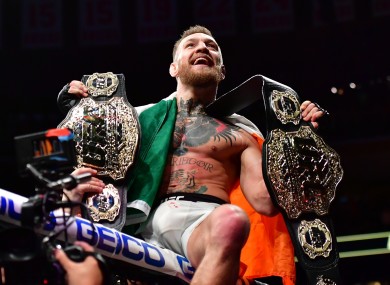 McGregor told Esquire he began fighting at a young age.

“For some reason, people want to try to come at me. They want to hit me. I just wanted people to leave me alone, basically. I didn’t get into this to be somebody. I got into it to feel comfortable in uncomfortable situations.”

And from there McGregor turned a pose of self-preservation into roaring success.

McGregor knew what he was fighting for. He never gave up because his definition of success was to support those who had supported him all along. Without that motivation who knows whether the hours of training, the uncertainty of the early days, and the mental toughness required wouldn’t have stopped him before he even got started.

“I didn’t get into this to be somebody. I got into it to feel comfortable in uncomfortable situations.”

It has taken blood (literally), sweat (literally), and tears (not necessarily his own), for McGregor to rise to the top of the UFC world, but even if we don’t have his uncanny natural talent and unusual left-hook, we can all learn from Conor McGregor’s story.

“Sometimes it’s tough but life is tough for everyone, and it will all be worth it in the end.”